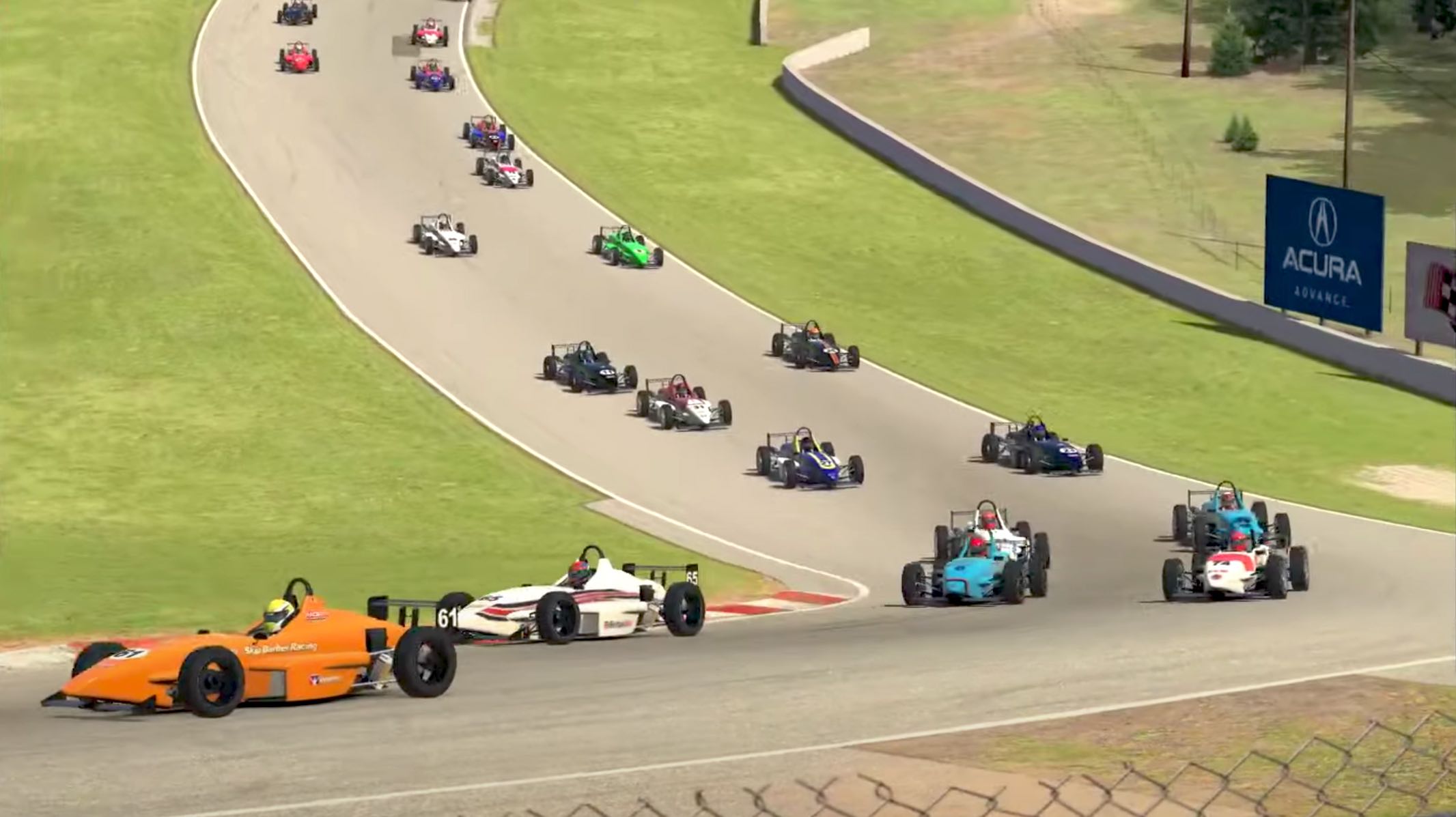 May 14, 2020 – After a successful FRP iRacing Challenge Presented by Hoosier Tires in their first ever attempt in the virtual racing world, the Formula Race Promotions program sprang into action and immediately put the finishing touches on series two. With the first green flag this evening at the famed Road Atlanta, a strong 38-car field will aim for the top step of the podium and the right to be crowned champion of the second FRP online series.

“As the world continues to adjust to the new normal, we are as well at FRP and offering a second series of virtual racing,” explained FRP Co-Owner Bob Wright. “Once again, we have brought the series to fruition with no entry fee and open to FRP participants, competitors, team owners, alumni, crew members and more. The response has been overwhelming, and we have reached a total of thirty-eight entries. With more cars on track increasing the chance of contact and overanxious driving, our race officials will have a keen eye on the action and make the necessary calls to keep our competitors safe and the competition fair.”

With the second FRP iRacing Challenge Presented by Hoosier Tires and an increased number of competitors, new and returning drivers will hit the track tonight at the virtual Road Atlanta. Utilizing the Skip Barber car, Formula Race Promotions series regular teams such as Team Pelfrey, Rice Race Prep, Brad Hayes Racing, Britain West Motorsports and more will throw their hat in the mix amongst others. Series one champion Max Esterson will return to the driver lineup and look to carry the momentum from his championship winning performance last month. Though ineligible for the FRP Championship prize, Esterson will work hard to be named back-to-back Series Champion.

Simon Sikes will lead a contingent of challengers into Road Atlanta as the iRacing phenom has been at the front of the field against some of the country’s best during the global pandemic, scoring major race wins against Indy 500 Champions and some of the best in their respective disciplines. The championship battle will be fierce as series one front-runners Burton August, Dylan Christie, Dan Clarke, Colin Mullan, Jackson Lee, Zachary Rivard, and Reece Everard will all return to action along with 2019 W Series competitor Megan Gilkes and series newcomer and Canadian Mac Clark.

Championship Prizes are as follows:

Formula Race Promotions would like to invite you to tune into the first rounds of the FRP iRacing Challenge Presented by Hoosier Tires series two this evening at 7:00pm EDT. Please stay tuned to our website and social media channels for more information.

For more information on any of the Formula Race Promotions promoted series, please visit www.FormulaRacePromotions.com. For questions, comments or concerns, please feel free to reach out to Bob Wright RobertW@RaceFRP.com or Clay Hutchison ClayH@RaceFRP.com. For media inquiries, please contact RTD Media & Management via email to Info@RTD-Media.com or Media@RaceFRP.com.