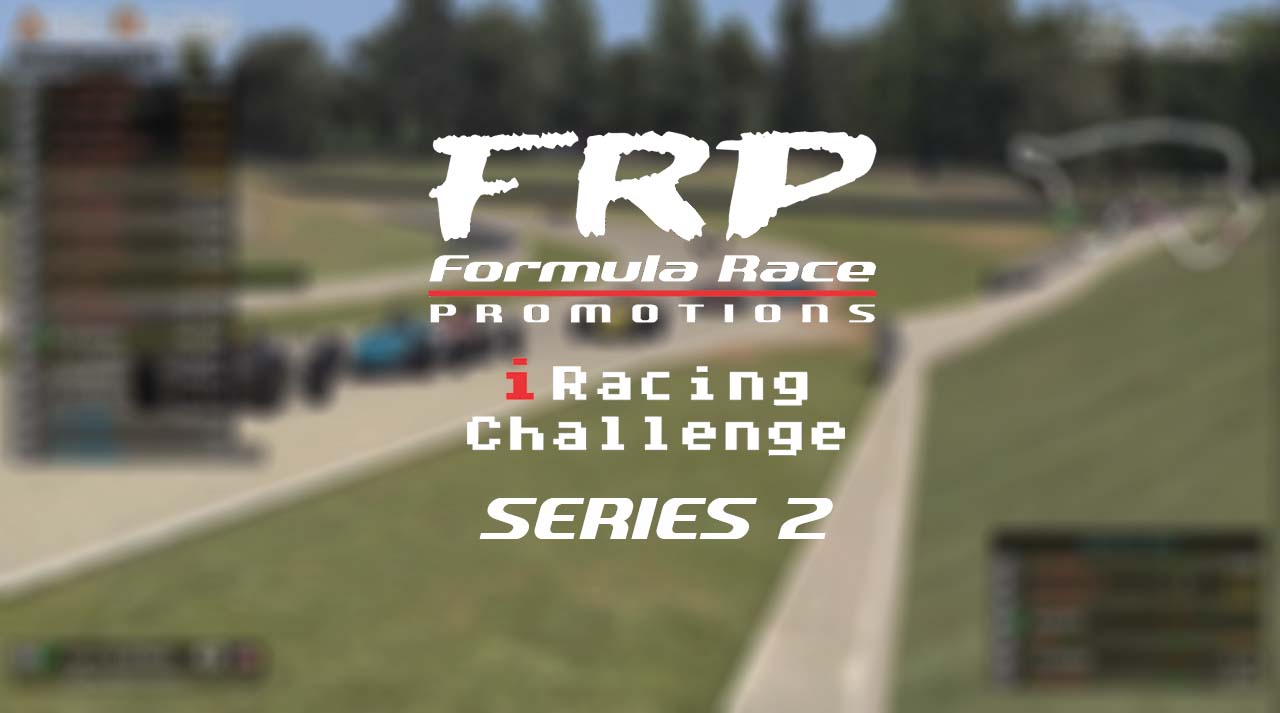 After a successful venture into the virtual racing world, Formula Race Promotions officials have confirmed the second FRP iRacing Challenger Presented by Hoosier Tires Series. With Max Esterson taking the initial championship prize, FRP will put nearly $1000 of series credits on the line as the series shifts race dates to Thursday evenings beginning one week from today, Thursday, May 14 th and running for three consecutive weeks.

“We learned a ton in our first go around and look forward to an even more eventful second virtual series,” explained Series Co-Owner Bob Wright. “We once again will limit entries to people who have an association with the Formula Race Promotions program and include drivers, mechanics, team owners and alumni.”

Set to commence Thursday, May 14 th , FRP iRacing Challenge events will be broadcast on Apex Racing TV and competitors will once again have the privilege of piloting the Skip Barber F1600 race car.

Wright continued, “We discussed shifting to a different vehicle for the upcoming series, but the Skip Barber car provides for some of the closest racing, much like our real life FRP series. We will offer up three different tracks in series two and those will consist of Road Atlanta for week one and two other high profile FRP locations for rounds two and three.”

Similar to the first series, Max Esterson will aid in the operational side of the program and be the host for the FRP iRacing Challenge. As the series champion for the April set of rounds, Max will have the opportunity to race and compete in series two but will not be eligible for championship prizes.

Championship Prizes are as follows:

Presented by Hoosier Tires should email Clay Hutchison at ClayH@RaceFRP.com.