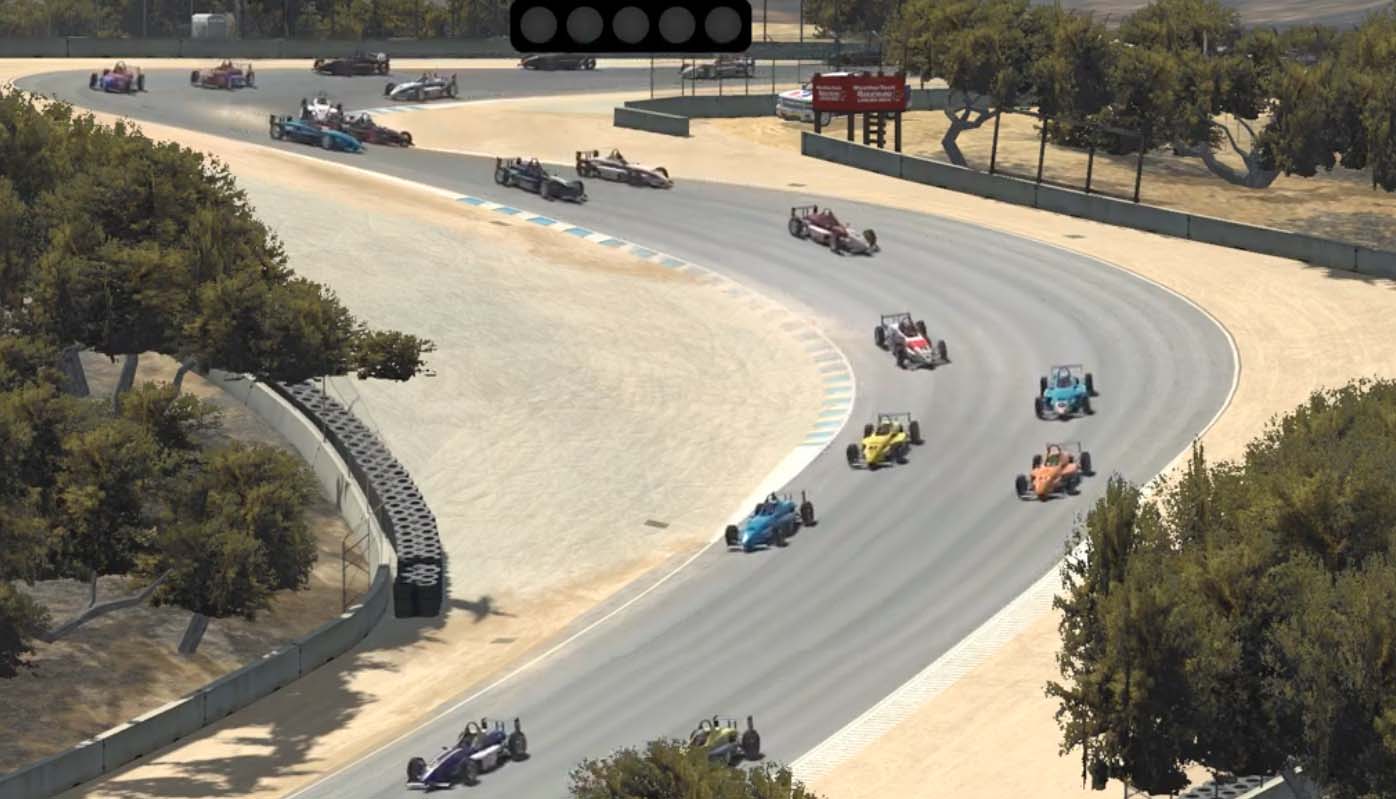 April 29, 2020 – With four rounds now complete and only two rounds remaining, the first ever FRP iRacing Challenge will take its final checkered flag this evening at the famed ten-turn, 2.459-mile Canadian Tire Motorsports Park. Located in Bowmanville, Ontario, Canada, the picturesque rolling hills racetrack is just 45 minutes from Toronto and usually brings the Canadian race fans out in droves and FRP competitors will look to put a show on for them this evening.

‍
“It is our first trip to Canada in 2020, and we always look forward to traveling north of the border, even if it is in the virtual world,” explained Bob Wright. “We have another stout field of drivers including four alumni that we welcome back to the series. We look forward to crowning
our first ever FRP iRacing Champion this evening and can’t wait to see what the future has in store for our sim racing program.”

Max Esterson travels to Canada with the point lead on the strength of three consecutive victories. After a fifth-place result in round one, the Team Pelfrey driver secured the round two victory at Lime Rock Park before a perfect event weekend at the WeatherTech Raceway Laguna
Seca. With a 22-point advantage over his nearest rival, Esterson will aim to bring it home tonight. Fellow Team Pelfrey driver Dylan Christie has kept Esterson true to himself as he is the only other driver to take a win. With all four of his results in the top-four, Christie is the best of the rest and will look to put the pressure on his teammate in Canada.

‍
With a pair of Team Pelfrey drivers holding down the top two positions, Rice Race Prep competitors are in control of third through fifth. Colin Mullan has scored a pair of podium results to slot himself into P3 while Burton August has a pair of top-fives to sit in fourth. Simon Sikes rebounded from an 18 th place finish in the first round to finish seventh, sixth and fourth in the last three and hopes to continue the upward trend and stand on the podium in the final two rounds of action. With bonus points for the pole position and the fastest race lap, anything is possible at the track formerly known as Mosport International Raceway.
‍

The sixth to tenth place positions in the championship standings are separated by five markers, led by Daniel Clarke (Brad Hayes Racing). Zachary Rivard is only one point back in sixth while Reece Everard (Everard Motorsports), Miles Crabbe (Citation Engineering) and Eric Figueriras (Eric Figueriras Racing) round out the top-ten.

Formula Race Promotions would like to invite you to tune into the third and final event of the FRP iRacing Challenge Presented by Hoosier Tires tonight at 7:00pm EDT. Please stay tuned to our website and social media channels for more information.