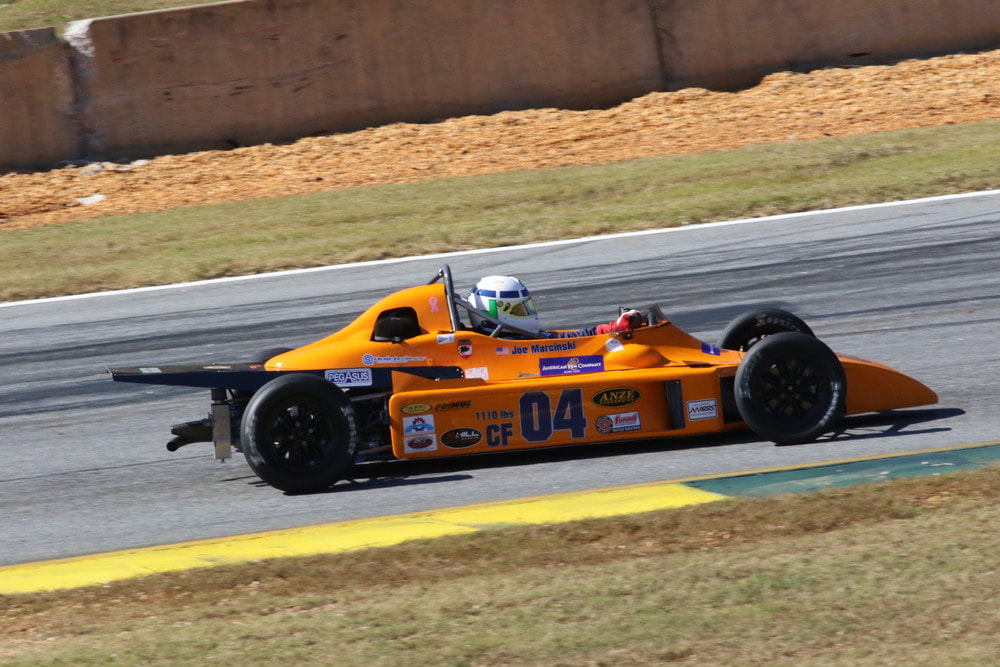 The Right Coast Formula F Series (RCFFS) and Formula Race Promotions (FRP) are pleased to announce that for the 2020 race season, the Right Coast Series will be organized under the FRP umbrella.

In 2006, Formula Race Promotions started organizing superb single class professional racing events for F2000. Since then, FRP has brought F1600, Formula Atlantic and F1000 racers into the fold to provide high quality single class racing for those looking for a competitive environment and quality track time. Traditional club racing events have tended to feature mixed class race groups, and drivers who desire to compete in single class races have gravitated to FRP with their multiple races each weekend and the camaraderie of open wheel racing

The Right Coast Series is a grassroots effort by Formula F and Club Formula F drivers to come together in significant numbers for single class competition. When the series was first organized in 2014, Formula Race Promotions was the first to offer Right Coast a separate run group during their weekend programs. This partnership has continued for six seasons through 2019, and now for 2020, FRP will take over full organization for the RCFFS program.

Robert Wright of FRP has announced that the RCFFS will continue as a separate run group during FRP race events. RCFFS drivers will continue to be eligible with SCCA competition licenses (pro license not required) with drivers from other organizations also eligible under the SCCA license reciprocal acceptance program.

This alliance of FRP and Right Coast will continue to provide drivers with the opportunity for high quality, single class racing with multiple races each weekend. It is our hope that all of the drivers who have raced with Right Coast will continue to support the series and that drivers who have not yet taken the opportunity will find the expanded schedule and track selection to be very appealing and will join us.