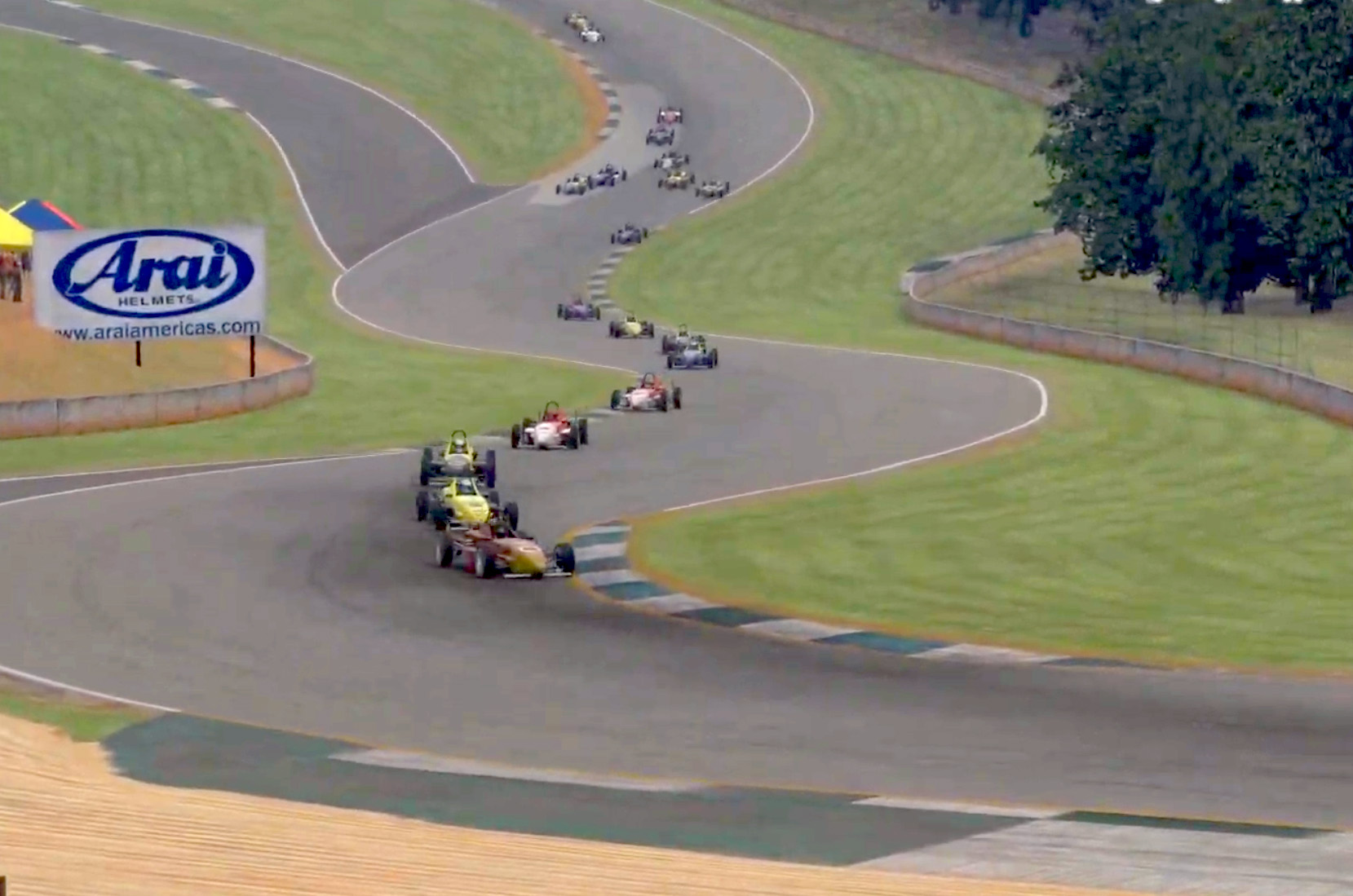 Known for their close competition and wheel-to-wheel racing action in real life, rounds one and two of the Formula Race Promotions iRacing Challenge Presented by Hoosier Tires resembled just that as the total margin of victory over two events was .353.With Max Esterson flexing his muscles once again in round one, it was a first-time winner that found his way to the top step of the virtual Road Atlanta podium as Justin Hille (Everard Motorsports) took the opening round win and early points lead.

“There were great battles throughout the field and a ton of close racing,” explained Bob Wright. “While most of the broadcast was focused at the front of the field, the action was intense throughout the 32-car field and as it typically is at Road Atlanta,both races were decided by last lap passes entering turn ten.” 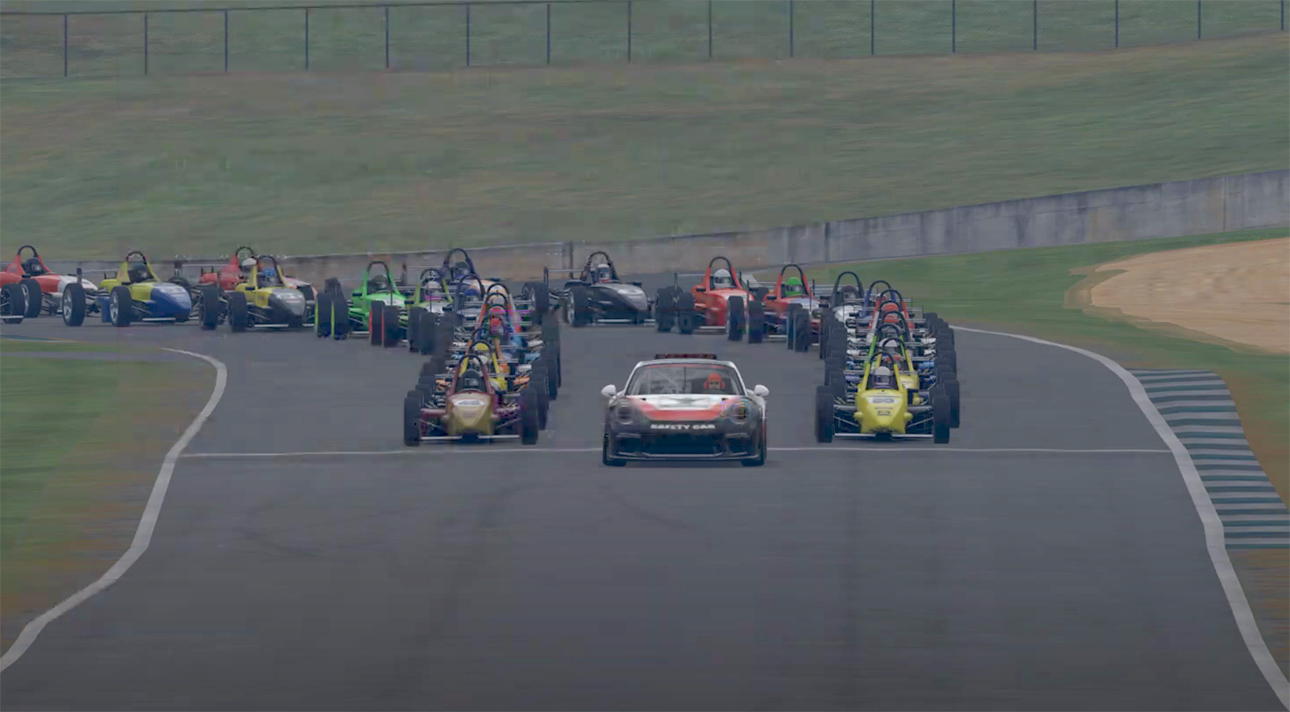 Racing out of the Everard Motorsports stable and with support from V2 Motorsports, Hille went toe-to-toe with series one champion Max Esterson (Team Pelfrey) as the pair changed the top spot on multiple occasions throughout the fifteen-lap race. Biding his time and beginning the final lap in second, Hille waited until the long back straightaway making his move before the braking zone of turn ten. Esterson made a last-ditch effort diving straight to the apex looking to get back inside Hille as the duo ran side by side through turn eleven. Hille held the advantage down the hill maintaining the inside line and drove to victory by a scant 0.074. Charles Anti (AntiSpeed Competition) was the round one Hard Charger moving from 27th on the grid to finish 14th. 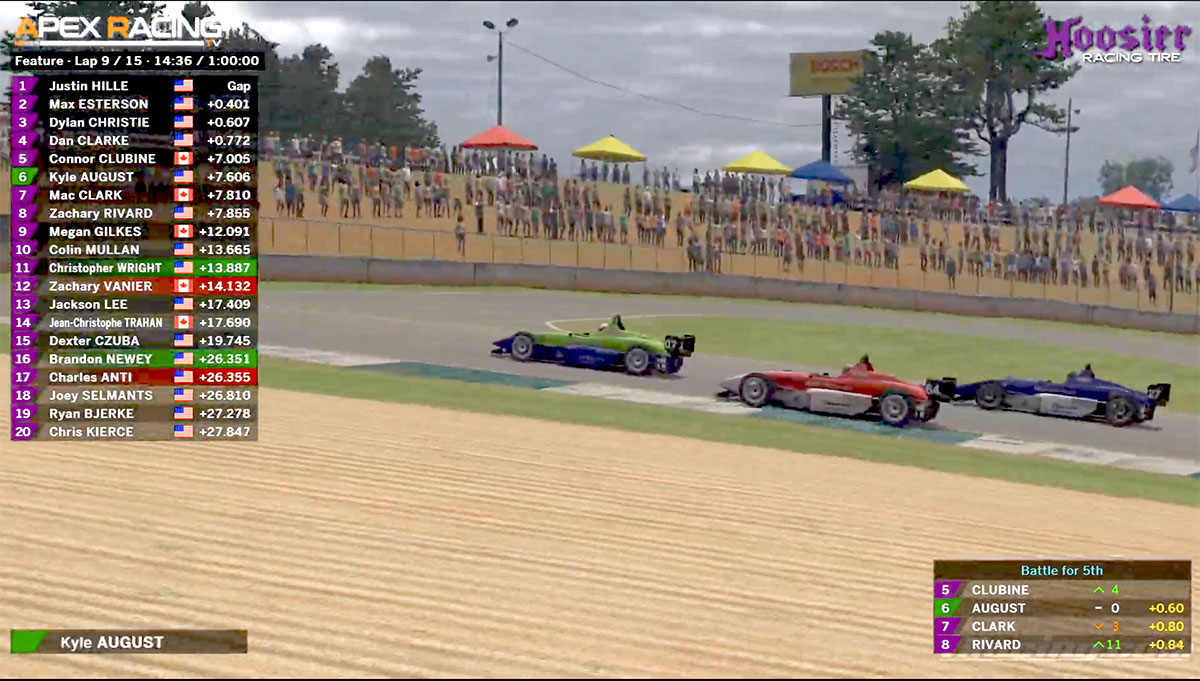 A four-car breakaway in race two was capped off by a Team Pelfrey one – two finish as Dylan Christie made a last lap pass to score the win. With Justin Hille beginning the penultimate lap at the pointy end of the field, it looked as if he was in the position to control his own destiny until the quartet made it to the long back straightaway. Breaking away to a three-car length lead, Hille was a sitting duck as the Pelfrey pair worked together, even after some minor contact, to work their way around the race one winner to claim the top two steps of the podium. Hille held on to claim P3 while Dan Clarke held his own in fourth. Running with the lead trio, Clarke looked as if he would be able to challenge for a podium result but was unable to find the momentum to make a run with the top-four finishing within .604. Zachary Rivard (Thursday Pools Rivard Racing) drove forward from 19th on the grid to finish fifth but was one position short of the Hard Charger Award as Colin Mullan (Rice Race Prep) took those honors by going from 23rd to eighth.

Mac Clark added his second top-ten of the evening in sixth while Connor Clubine did the same finishing seventh. Mullan crossed the stripe in eighth as Wright and Megan Gilkes (Vallis Motorsports) rounded out the top-ten.

Formula Race Promotions would like to invite you to tune into the rounds three and four of the FRP iRacing Challenge Presented by Hoosier Tires series two next Thursday at 7:00pm EDT. Please stay tuned to our website and social media channels for more information.

For more information on any of the Formula Race Promotions promoted series, please visitwww.FormulaRacePromotions.com. For questions, comments or concerns, please feel free to reach out to Bob Wright RobertW@RaceFRP.com or Clay Hutchison ClayH@RaceFRP.com. For media inquiries, please contact RTD Media &Management via email to Info@RTD-Media.com or Media@RaceFRP.com.